Meet the Next Generation of PVM: The Connect PVM.

Organized retail crime is the theft of retail merchandise on a larger scale with the intent to resell. Simply put, these are not just everyday people shoplifting for personal gain or need. These offenders are organized criminals called “boosters,” stealing for the sole purpose of reselling stolen merchandise on the street.

And it’s not just expensive electronics or cosmetics being stolen. Everyday items are often the target: razors, laundry detergent, baby formula, over-the-counter meds, or anything that is easy to steal and sell on the streets is fair game. 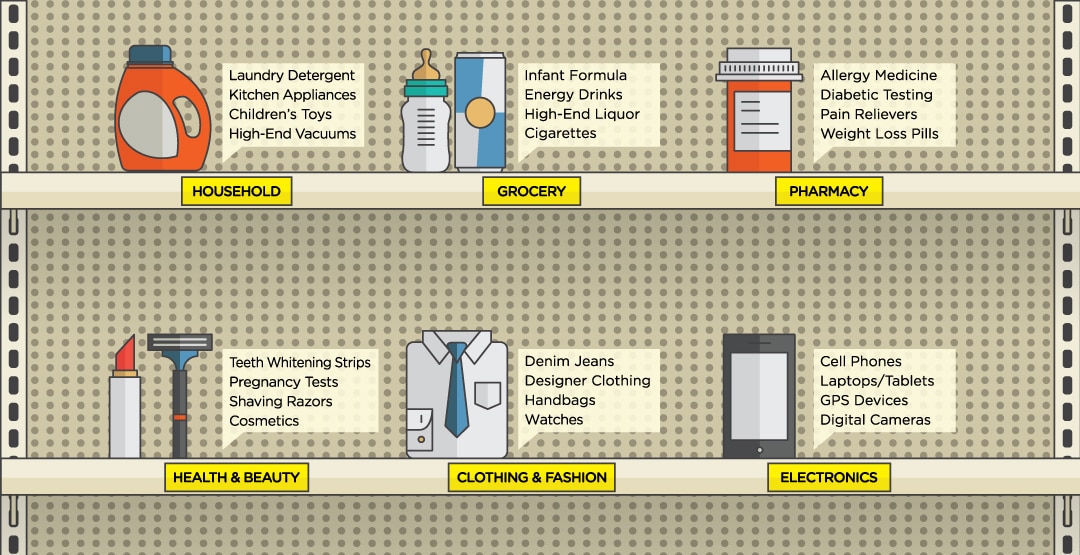 Organized Retail Crime rings are clever and ever-changing. Thieves often use foil lined bags or purses called “booster” bags in an effort to defeat electronic security tags when exiting the store. Other crime rings deploy multiple offenders to rob a store at once. These offenders take on flash mob tactics to invade and rob the store by using sheer numbers in an effort to intimidate and overwhelm retail employees. Both tactics render traditional security and theft devices useless.

How do we stop it? While locked cases, item security tags, and specially developed security product dispensing hooks do help reduce the amount of retail theft, they also inhibit the shopping experience. Not all items can be kept under lock & key and most retailers want shopping to be a self-service experience.

Enter the Public View Monitor. The increased presence of Public View Monitors (PVMs) in retail establishments can be attributed to one simple fact: they work. They are an active theft deterrent that delivers immediate measurable results. Unlike traditional CCTV cameras mounted to a ceiling, EAS systems, or other “after the fact” systems, PVMs actually deter theft from occurring. They act as a simple reminder that states; “you are being recorded.” Potential thieves and curious shoplifting first timers are intimidated at the sight of a PVM and often leave the store immediately upon noticing them.

The Loss Prevention Research Council (LPRC) has conducted numerous studies on the effectiveness of PVMs for loss prevention and shrink control. The results are truly revolutionary. Not only does shrink go down by triple digits, sales go up by double digits, and the overall perception by both customers and employees is positive. Some retailers have reported a 330% drop in shrink when they use an 8” PVM in a high theft area. Retailers are quickly finding out that PVMs are as an essential tool in reducing theft. Clinton PVMs are currently used in 8 out of the top 10 retailers in the USA.

Request a catalog here or apply to become a Clinton Dealer here.